Welcome to the Old
Aoyama Villa

トップページ>Welcome to the Old Aoyama Villa

The Old Aoyama Villa is a symbol of herring fishing, born out of the dream of a 17- year-old young woman, Masae Aoyama. Imagine how many people enjoyed grand parties nightly in this villa during its prosperous days! 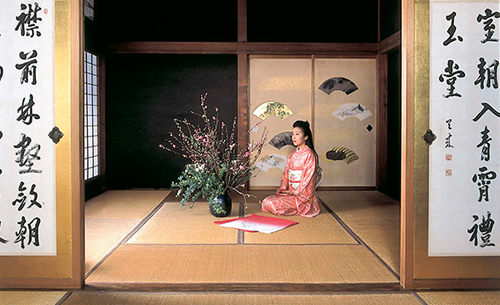 The Taisho era record for herring fishing near Otaru was made in 1913 (Taisho 2) when the season’s first haul brought in about 560 thousandtons, (worth over 168 billion yen at today’s values). Because of its superb hauls, nearby Shukutsu was the most active herring fishing harbor inthe vicinity. The Aoyama family was one of three leading herring fishing tycoons, along with the Ibaraki and Shiratori family enterprises. During the Taishoera, the Aoyama family controlled a total of 10.5 “toh” of fishing operations - 1.5 tohin Shukutsu, 1.5 toh nearby, 2.5 toh in the next town,Toyoi, and 5 toh in Ofuyu village. 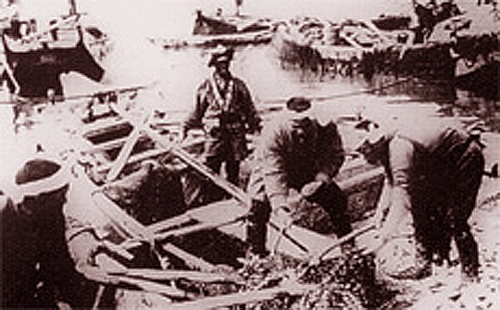 In 1913 (Taisho 2), over 10,000 koku, worth 2.5 billion yen at today’s values, of herring were caught in the Aoyama’s fishing grounds. TheAoyama fishermen’s house, which was itself palatial, was presented to the Historical Village of Hokkaido by fourth generation, Kaoru Aoyama, and can also be seen today. (Why not visit there too sometime?) But this fishermen’s house was not the end of the story….

The Construction Process The Aoyama family fortune was built up over two generations byTomekichi and Masakichi Aoyama. Masakichi’s daughter, Masae, provided the impetus for the villa. When she was 17 years old, she had visited the mansion of the Honma family in Sakata (Yamagata Prefecture, Northern Honshu). The splendid Honma mansion reflected that family’s vast landholdings in Japan, butMasae returned home with a wish for the Aoyama family to have an even finer villa. And thus when Masakichi Aoyama had become a herring millionaire, he began construction of the villa in 1917 (Taisho 6), guided by his daughter Masae and her husband Tamiji.Masakichi was known as a herring millionaire, but he had sophisticated taste for beauty and the arts. He and Masae both enjoyed making Japanese paintings (nihonga) and calligraphy (sho), and so he aimed at building an artistically superb house, different from his fisherman’s home. Masakichi hired Nenosuke Saito, the chief Imperial carpenter, who directed 40 carpenters, plasterers and joiners in the work. The villa took 6 years to be completed. It cost almost 310,000 yen, which was not too much less than the 500,000 yen that the Isetan department store building in Shinjuku, Tokyo cost around the same time. So you can imagine how lavish the construction was for the time. 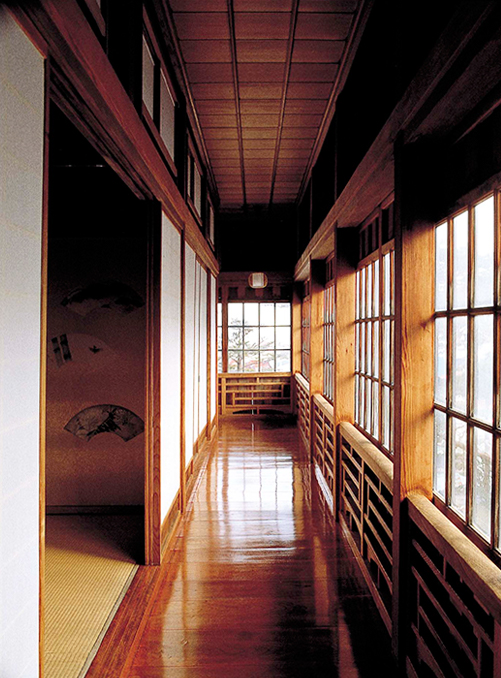 The Materials and Workmanship of the Villa

The primary material is keyaki (zelkova wood) from Sakata. The tiled roof (kawara) is rare in snowy Hokkaido. At the corners of the eaves, there is a hiyodori line, linking kumiki and taruki, all hand-crafted.
The floors and pillars are exquisitely lacquered (shunkei-nuri) and the walls are hand-plastered (shikkui). The wide ceiling is built using jindai sugi (Japanese cedar). The one-piece corridor is made of uguisu bari, built without joints from one end to the other.

In the various rooms, the traditional alcoves (tokonoma) are built in rosewood (shitan), blackwood (kokutan), Bombay blackwood (tagayasan), or Japanese cedar. The hardware fittings on many of the sliding Japanese doors (fusuma) are also extremely fine, made of shippo-style ware, valued equivalent to jewelry at the time. The gorgeously sculptured fanlights are made of rosewood, blackwood, and bamboo. Of course, the paintings and calligraphy on the fusuma Japanese sliding doors are genuine treasures. They were created by Gyokudo Kawai, a great master of Japanese painting working with approximately 10 of his disciples, who came on Masakichi’s invitation and stayed for about a month to complete their work.

Outside, there are gardens on three sides of the building, and the karesan-sui style courtyard, composed of pine trees and rocks, has a particularly sophisticated air. 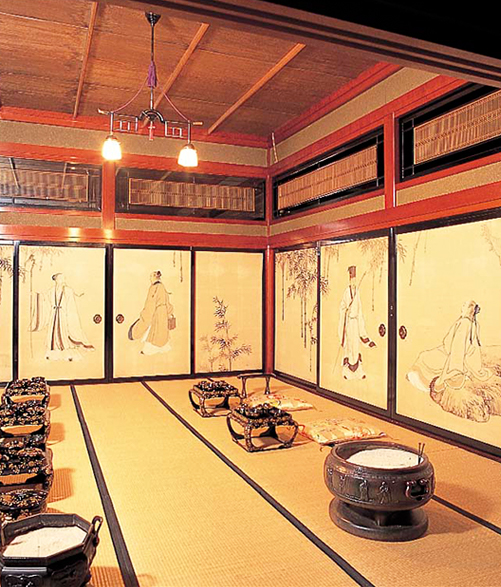 As you can see, this mansion was built regardless of expense and was furnished with every luxury during the golden age of herring fishing in Shukutsu. Otaru City has recognized the importance of this building by designating it as one of registered tangible cultural property. We hope that it will make you too feel nostalgic for the spirit of earlier days and the fine arts of those times. Thank you for your visit. If you can, please visit again sometime. 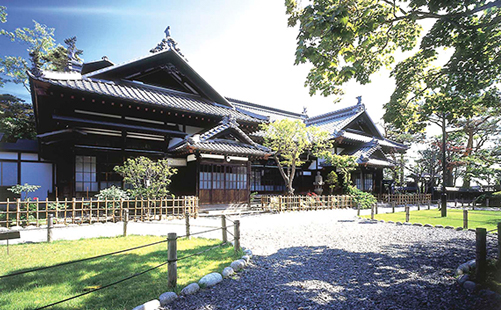